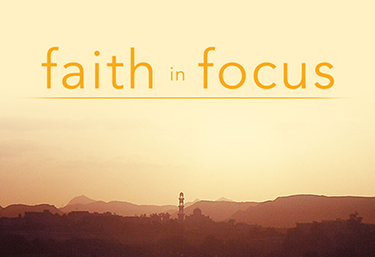 Episode 133 - Racism and the Role of an Individual. This programme explores how we as individuals let our prejudices create a society rife with racial discrimination and bias and how this alienates and negatively effects some of us. We also explore how societies across the board can benefit from the teachings of Islam in building a non-discriminatory and truly inclusive society. 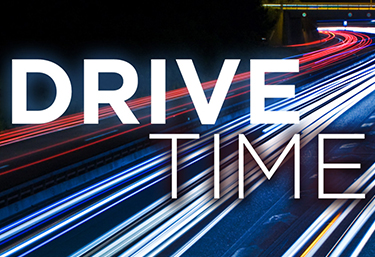 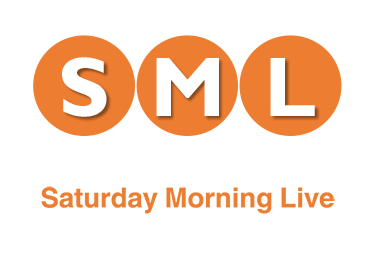 A chance to listen to a repeat of a live news discussion programme recorded on 20th February 2021. 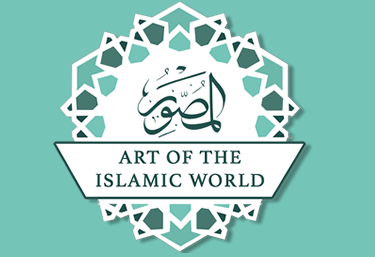 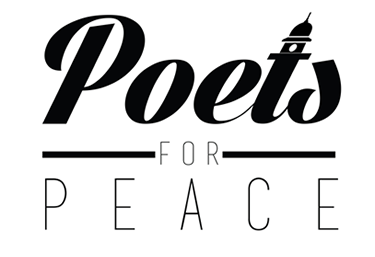 Episode 4:The theme for this programme shall be on the Holy Prophet Muhammad (peace be upon him) and we shall be hearing various poems that have been written in praise of him. We will be hearing: Some couplets of the poetry of Hazrat Hassan Bin Thabit who was also known as the ‘Poet of the Prophet’, as well as Maulana Jalal-Udin-Rumi who was a thirteenth century Persian poet. The inspiring poem written by Hazrat Mirza Ghulam Ahmad, the Promised Messiah, the translation of which is read by Atta-Ur-Rahman A poem called ‘Je Suis Muhammad’ written and presented with heartfelt by Hamza Ilyas, a poet originally from Brooklyn. A poem called ‘Our Leader’ written by the well known author Rashid Ahmad Chaudry and read by the young Master Haaris Ahmad. Zain Daniyal, who shares his poem named ‘An insignificant Praise’. 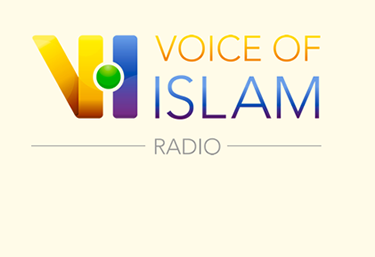 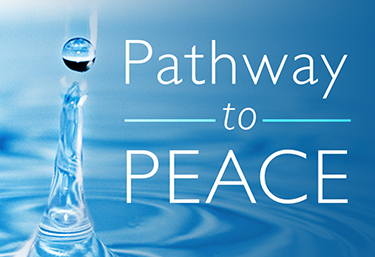 Repeat of a live interactive show recorded on 21st February 2021. Synopsis: In this episode of Pathway to Peace, the presenters take a look at how during lockdown, the feeling of always being 'switched-on' seems to have become the norm for some. But was this an inevitability, given the pace of digital transformation in society? Is it a sign of weakness to switch-off from it all? The presenters will explore solutions to these challenges based on the teachings of Islam, particularly around the importance of the remembrance of Allah as a means of finding comfort and solace. Presenters: Nasir Sajjad & Asif Ashraf 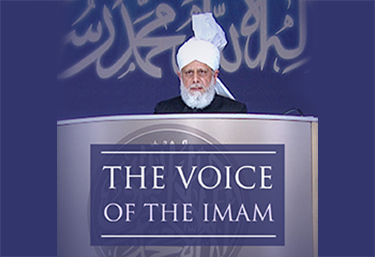 Episode 22. A key note address delivered by His Holiness Hazrat Mirza Masroor Ahmad, the Worldwide Head of the Ahmadiyya Muslim Community (may Allah be his helper) on the occasion of the inauguration of the “Khilafat Centenary Hall,” built next to the Baitul Huda Mosque in Sydney on 18th October 2013. The event was attended by more than 200 dignitaries and guests, including a range of Federal and State Parliamentarians. 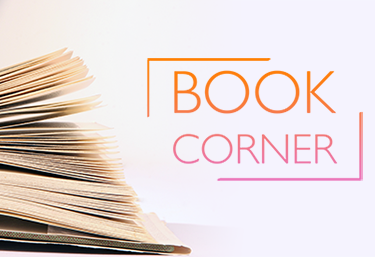 The Life of the Prophet Muhammad (peace be upon him)- Here we will explore the life of the great Prophet and how he established the religion on Islam, we will also hear what the views of historians regarding the life and works of the Prophet were. Book Early stories of Islam by Rashid Ahmad Chaudhry

Season 5 Episode 3: In this episode the team have a frank conversation about a topic that most of us would rather not address; Nuclear war. It may surprise you to learn that the looming threat of a nuclear war has never been closer than it is now. Nuclear powers are modernising and strengthening their arsenals, weapons systems are becoming more efficient and usable in a greater variety of scenarios and the landscape of legislative control is weakening. Join the team in this episode as they take a look at all of these aspects and more - tracing the history of the weapon, the near-misses that occurred during the Cold War and the heightened risks humanity is facing into today. 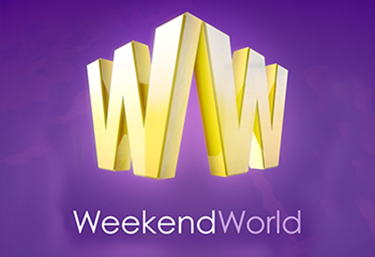 With Ahsan Ahmedi. A live show discussing the major news stories of the week.

Episode 6: An interactive English talk show series exploring various matters relating to Islam, the beacon of truth. Family is the most basic unit of our society and when there is a disharmony in the family, it reflects on the society. Join us today in our discussion on family values.

Episode 135 - Diving in the Deep Blue Did the seas really part for Moses? And how could Jonah have survived being swallowed by a fish? Dive right in to an interesting and informative programme covering many aspects of the wonderful oceans and seas that make up our planet, from animals and creatures within to natural phenomena such as bioluminescence. Join us as we discover some of the mysteries from the deep blues including the Bermuda Triangle as well as taking a look at some events from scripture to do with the seas.

Episode 50. The 29th of March 2013 marked the historic occasion when the Baitur Rahman mosque in Spain was inaugurated by Head of the Ahmadiyya Muslim Community, His Holiness Mirza Masroor Ahmad may Allah be his Helper. To mark the event a reception was held that was attended by large number of guests and local dignitaries.

Why I Believe in God (Review of Religions): In today's episode we will explore the concept of God in Hinduism, Judaism, Christianity and Islam. We will learn how history has celebrated the Ideology of God and through a practical approach we will explore why even today millions of people still choose to believe in a Divine creator. Reading: Why I believe in God by S.M Shahab Ahmad -Review of Religions link to article 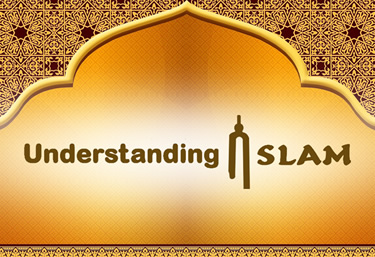 Episode 7. Life of Muhammad. Part 2. Tune in to learn about the basic teachings of Islam. Tahir Selby teaches his student Mr Stuart Chatto about the life of the Holy Prophet Muhammad (peace and blessings of Allah be upon him). This material is also available on the online Islamic Course at www.free-islamic-course.org.

Episode 27. The social unrest and racial riots in the US and elsewhere triggered by the brutal killing of George Floyd, has shown that social unrest and tension has nothing to do with religion but everything to do with politics, social injustice and racial discrimination and in many cases outright oppression. Prejudicial attitudes have existed between races for thousands of years, but systematized racial oppression first arose in the 1600s along with the introduction of capitalism. European traders discovered that their superior technology gave them a tremendous advantage in Africa, including firearms and their sailing ships, they began to plunder Africa's wealth and take slaves. White Europeans and Americans who participated in the slave industry tried to justify their economic exploitation of black people by creating a "scientific" theory of white superiority and black inferiority. The message of Islam is for the whole of humanity and when this message was delivered in the form of the Holy Quran by the Prophet of Islam, God Almighty made it absolutely clear, that all of mankind share their origins and are part of One Humanity. The Holy Prophet of Islam went out of his way to “free slaves” and instructed his followers to do the same.

Season 6 Episode 1. This episode covers technology - both present and emerging - and how it is used for positive and possibly negative purposes. We will be discussing different types technologies and the role of data and its manipulation.

Episode 13. An address delivered by the Head of the Ahmadiyya Muslim Community, Hazrat Mirza Masroor Ahmad (may Allah be his Helper), at a reception held in his honour in at the Hilton Hotel in Tokyo, Japan on 23rd November 2015.

Episode 10. Tune in to hear a speech by Dr Iftikhar Ahmed Ayyaz, Chairman Human Rights Committee UK at the Ahmadiyya Muslim Communities Annual Convention in 2013, titled Response to Criticism on the Holy Qur'an.

Tune in to this live interactive show where we try and discover the road to peace and a brighter future.

A chance to listen to a repeat of a live news discussion programme recorded on 26th February 2021.